Last year, I posted eating ice cream without gallbladder and now an ice cream made of fresh milk from cow. A fresh milk ingredient direct from a dairy farm.

END_OF_DOCUMENT_TOKEN_TO_BE_REPLACED 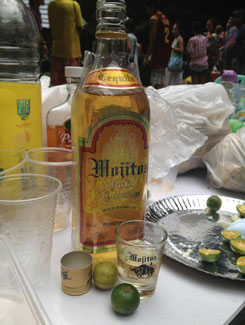 We had our company outing at Mantayupan Falls in Barili last June 3, 2012. It was a planned event as the company owner is scheduled to go back to Bend, Oregon, United States by June 11, 2012.

But bringing, buying and even drinking tequila was not part of the plan. It suddenly came into picture when my officemate suggested in buying a tequila when the van that the company rented stopped at a gasoline station in Gorordo Avenue. Then another officemate suggested to buy the tequila in Carcar City instead because we will be buying our food there.

When we reached Carcar City, the van parked at a gasoline station. My other officemates disembarked to buy food – chicharon baboy, lechon manok, and puso`. I also stepped out and went inside the gasoline station’s shop to check if they are selling tequila.

END_OF_DOCUMENT_TOKEN_TO_BE_REPLACED

What is your current weight after your gallbladder surgery?