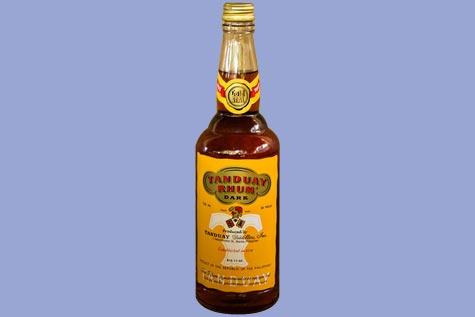 Rum is a distilled alcoholic beverage made from sugarcane by-products such as molasses, or, directly from sugarcane juice, by a process of fermentation and distillation. The distillate, a clear liquid, is then usually aged in oak barrels.

Dark Rum, also known by the rum’s particular colour as brown rum, black rum, or red rum, classes as a grade darker than gold rum. It is generally aged longer, in heavily charred barrels. Dark rum has a much stronger flavor than either light or gold rum, and hints of spices can be detected, along with a strong molasses or caramel overtone. It is used to provide substance in rum drinks, as well as color.

END_OF_DOCUMENT_TOKEN_TO_BE_REPLACED

Happy Heart’s Day to all readers…

Wishing you a lovely day!!!

I had my first glass of San Miguel Beer Pale Pilsen!

7 months after my Lap Chole (Laparoscopic Cholecystectomy) operation, I found myself holding an icy San Miguel beer. Not just holding the glass but drinking the beer.

First reaction – I almost forgot the taste of cold San Miguel Beer. I waited some minutes for my system to react to the beer. And since it was a round-robin shots, I had ample time to feel how my stomach would react. But I only had the normal system reaction – burping. Then I had some more shots and I feel no stomach pain, no adverse reaction.